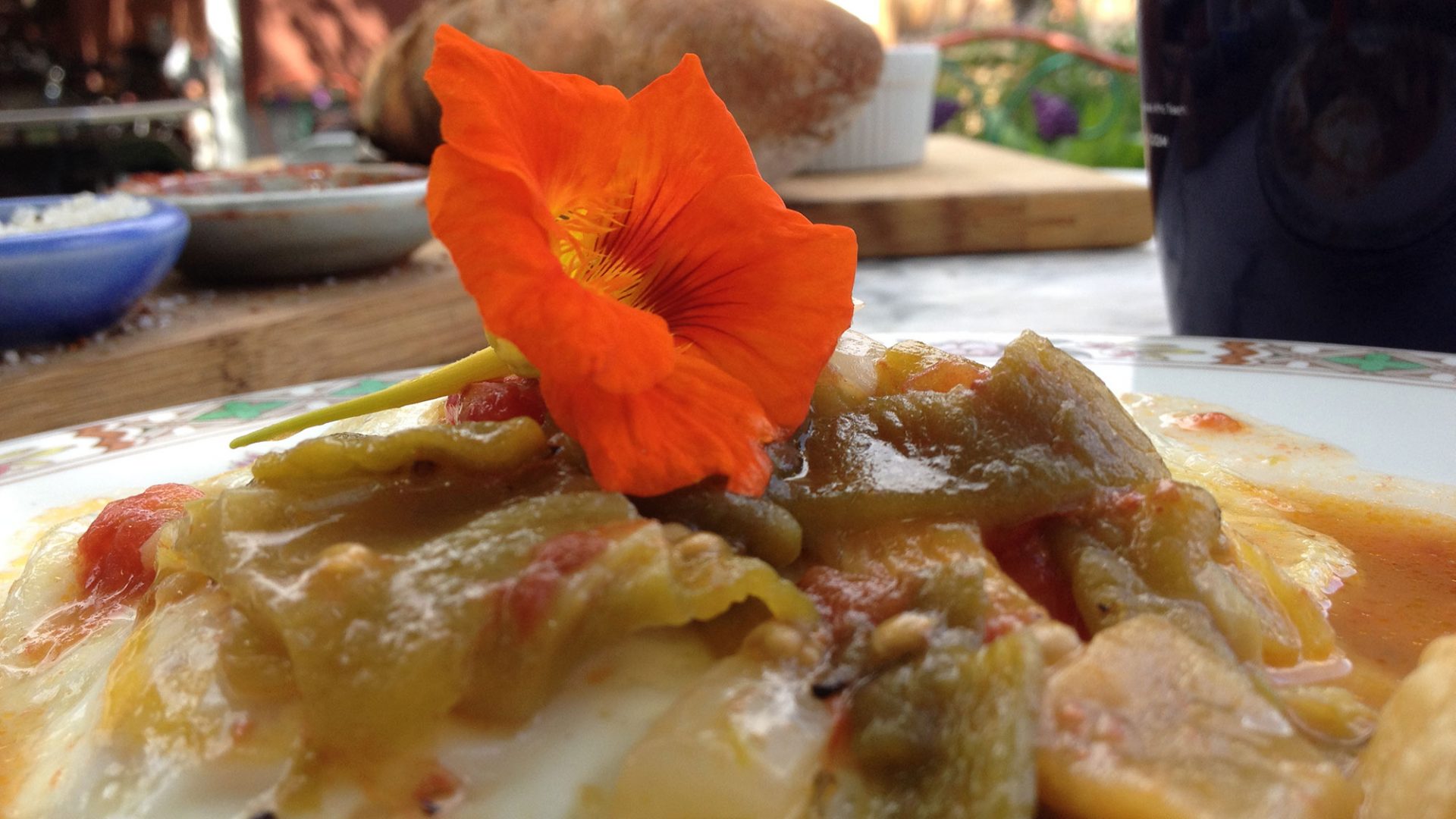 I made green chili for scrambled eggs New Year’s morning.

When I was getting the vegetables together, I pulled the stems off the mushrooms and made a little mushroom broth. (About a cup of water in a 1 qt. saucepan). Then, I sautéed onions in good olive oil. Then made a roux by adding a tablespoon of flour to the onions and oil and cooked this for a few minutes on a very low flame. Stirring them occasionally.

About 15 minutes had gone by; I strained the broth from the mushrooms into the roux, stirred it until the roux and broth were one, and then opened a snack-size bag of green chilies that I’d cleaned and stored this past fall in the freeze, stacked a foot high – a half bushel that we hope will last until next fall. I first added the juice that had settled in the bag as they were defrosting on the counter, then chopped them while still sli ghtly frozen. These went into the soup, and I worked on the potatoes left over from last night that I was cubing, then baking to go with my eggs and chili breakfast. That’s another recipe entirely, easy, and perfect when I sprinkle on Aleppo, Crushed Red Pepper Flakes from Savory Spice shop.

Just before I scrambled the eggs, I cooked the whole small crimini mushrooms a la Julia Child. She recommends you sauté them in a little butter and olive oil until the butter foams, not touching, not crowded in the pan. I used my French skillet and I can just roll them up the side and let them turn over. The second side being heated is the top so I can watch the stem side sweat and fill with mushroom liquor. When the tight caps are full I slid them into the chili. This vegetarian chili had the pleasant flavor surprise of a pork chili but instead of having a lump of tasty pork we had a buttery, more tender, and very flavorful mushroom.