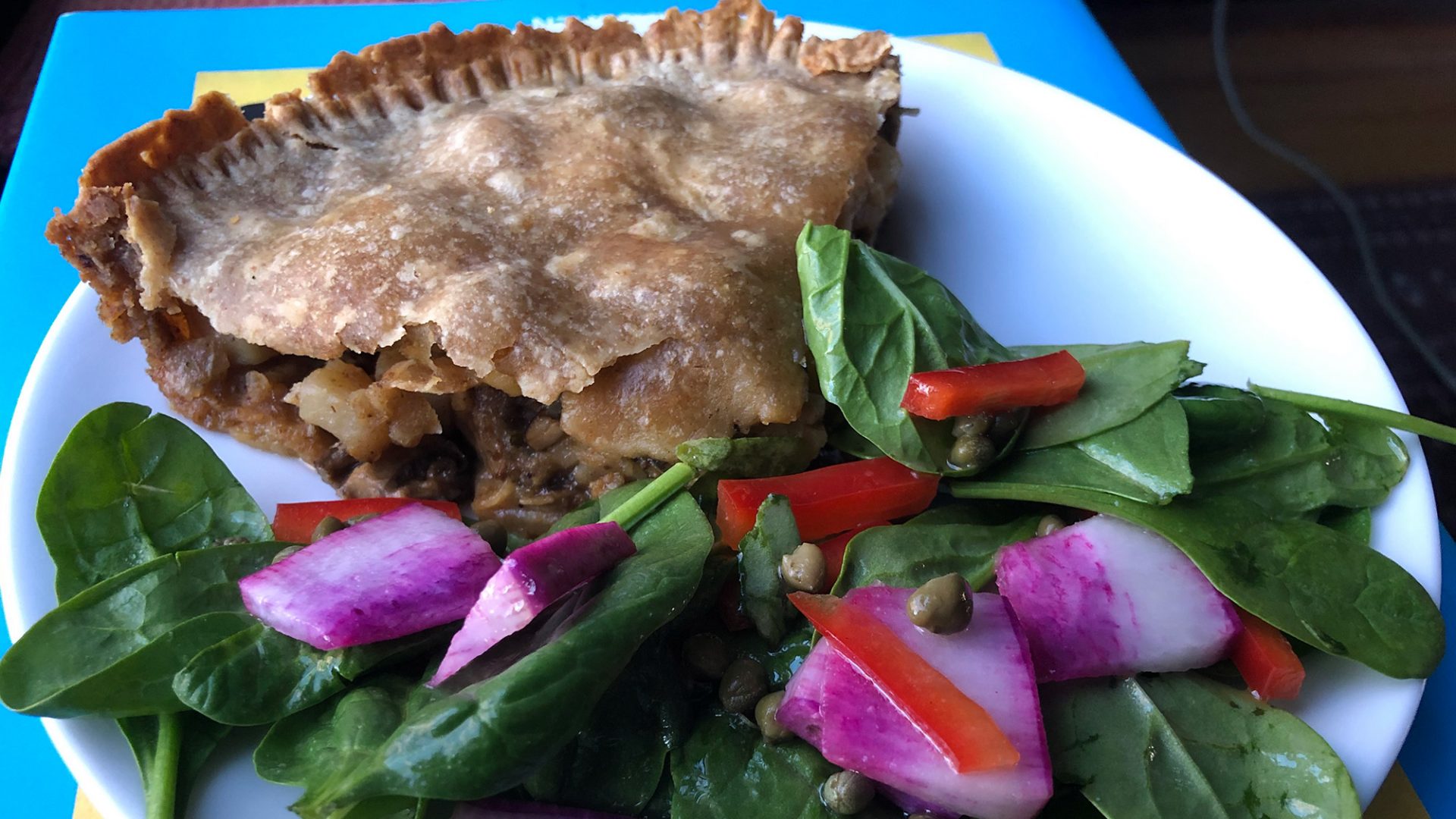 Frozen cherry tomatoes will add moisture after baking this savory pie made from leftover lamb. These “Lemon Drop” tomatoes came two plants in our garden that were so prodigious we were able to freeze some whole when they were at their ripest.

The lamb was from a boneless leg roast, locally raised, cooked a months or so ago and frozen ready for stewing. The mushrooms are also local and – like all the vegetables sold at Natural Grocers – are organic. Likewise the onions.  I made a full (2-cup 1 stick of butter) pie crust for thanksgiving and ending up making a very small tart so two-third of the crust was waiting for a great filling in the frig.  I used organic whole wheat pastry flour and Kerry Gold butter.  Having the recipe easily at hand:  2 cups / 1 stick, no fear or dread needs to deter anyone.  I was about to skip it, this Thanksgiving. I’d forgetten to get it done sooner, and when I remembered, we had a zoom call with family planned in five minutes. I want to remember this because I’ve never timed my crust making attempts. And one of the most valuable tricks to good crust is that it is allowed to chill before being rolled. Old pastry isn’t good, but this was almost a week old and I was able to roll it very thin. 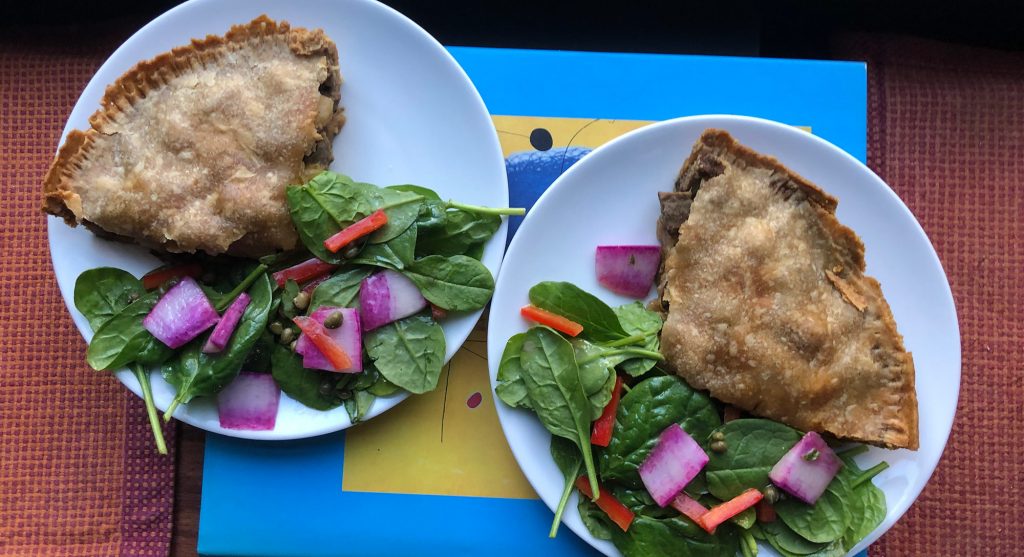 Line a metal pie pan with half of your short-crust pastry rolled thin. Blanch potatoes, sauté onions and cut mushroom, then add to the lamb, cut to bite size.  Then coat with a few tablespoons of gravy. The tomatoes can be placed at intervals just before the top pie crust was place over the mixture. Cover with a top crust and seal with a fork using a little water if not sticking together.

Make a few slashes in the top crust once sealed so that steam can escape during cooking. Cook for 45 minutes at 350°F. Let rest for at least ten minutes, then slice.