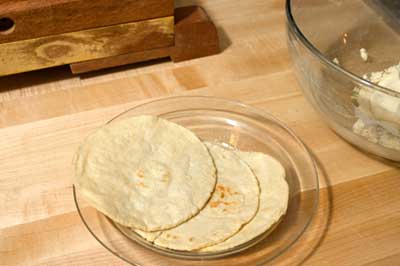 Lights and cameras are on, and the Cook Show stars are at my friend’s stove. We’re the audience, in the living room, watching the productions of Summit County TV’s ¿Qué Cocinas?. Jannine Walldan will be cooking with a mother-daughter team making guacamole that stretches the precious avocado, fish tacos using homemade corn tortillas and healthy cookies.

Jannine and Cecillia Belardi Thompson started the cooking show in 2007 for the Healthy Lifestyle effort of their organization, Summit Prevention Alliance. According to the new director of SPA, Kari Read, the show is funded by a Colorado grant from the Office of Health Disparities, but the grant runs out in June. On each show Jannine and guest cooks make a meal using healthy ingredients, low in fat, high in fiber in both Spanish and English. Their aims are to show h

ow to update traditional recipes to be more healthy, to show how simple it is to cook and h

ow to save money …. fresh, simple and pleasurable. Just like the mission of Taste Imagine.com. For example, to double the output of a traditional guacamole recipe, these cooks added frozen peas. Mash the avocado with the same volume of peas, squeeze ½ a lime over the mixture. Add a little salt, finely chopped cilantro and tomatoes. Mix. The peas give the mixture a nice sweetness, and the strong taste of cilantro reminds you on your chip. On the show, they mixed everything in a blender because they wanted an even consistency. I mixed it by hand with similar results but with islands of tomatoes, which is how I prefer my guacamole.

When you watch Yolanda, on Channel 10 in Summit County, you will realize how easy corn tortillas are to make. Two cups Masa Harina and 2 cups nearly boiling water. Mix. Knead a little. Add more masa, if too sticky. Break into 1-inch balls, roll round and press in a tortilla press – between a heavy sheet of plastic. The plastic is the secret to getting a moist tortilla that doesn’t stick to the press. The press pictured here was purchased in Guadalajara, and everyone in the room was jealous of how beautiful it looked and worked. Yolanda then rolled one out by hand that was nearly as nice. So, if you’ve got no room to store a tortilla press. Use the plastic on a counter, and roll by hand. Fry in the lightest amount of oil possible until the tortilla puffs a little and shows some golden brown.

The women then fried a couple of pieces of Tilapia, made a quick cabbage salsa and feed the family of cooks, crew and our small studio audience. For more recipes from ¿Qué Cocinas? visit the website for the Summit Prevention Alliance.