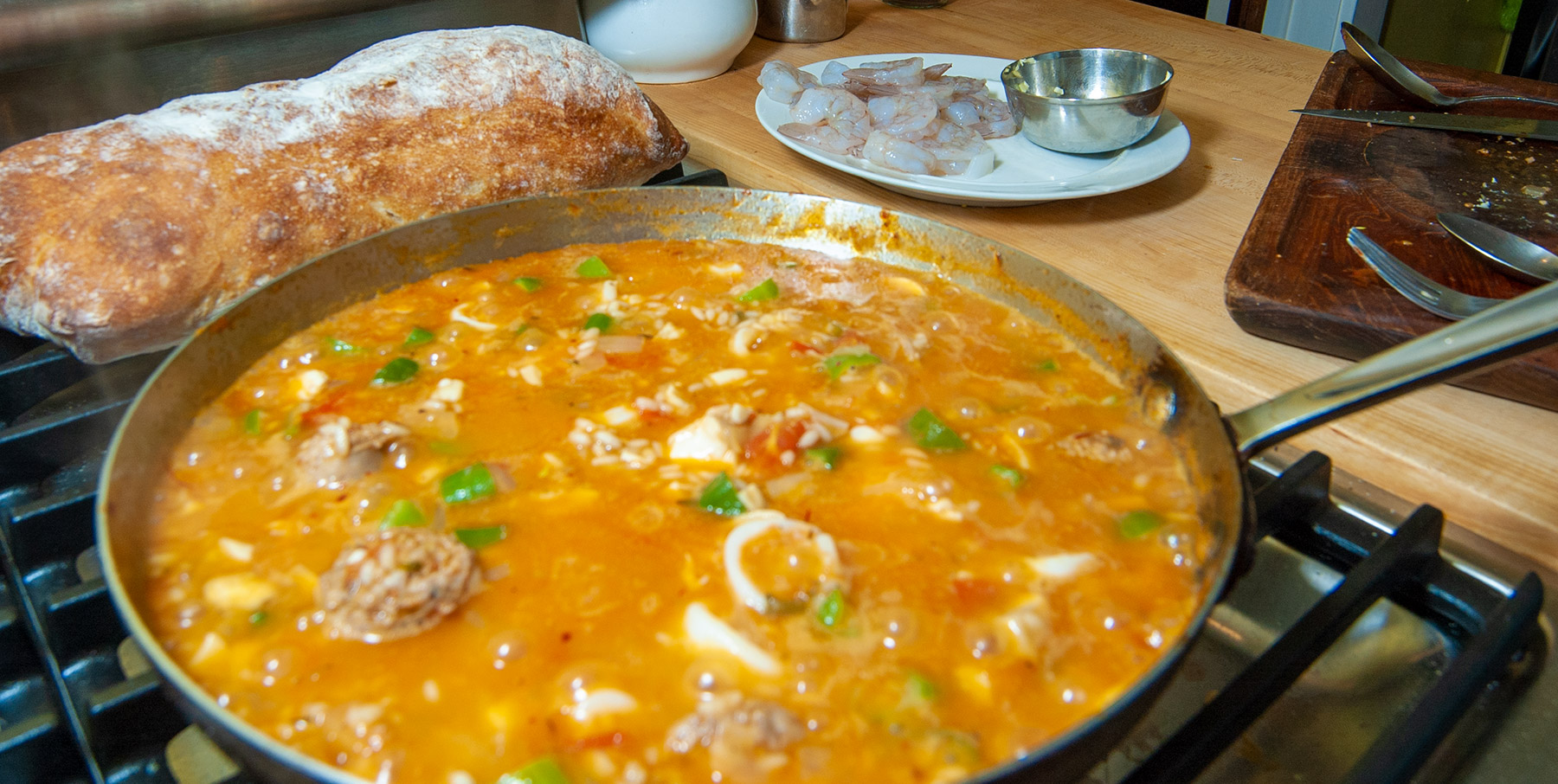 It’s February, so Steuart is making a hearty seafood stew. Mussels were on sale — so we took a pound of those, and about a 1/4 pound of shrimp, fresh barramundi also on sale at WholeFoods, and a calamari steak. All together, we spent less than $10 on fish and that made enough stew to serve four people.

The broth was created by, first, sauteed the onion, garlic and bell pepper, then adding a can of tomatoes and about 1/2 can of water. Steuart let that simmer while he watched a little of the Winter Olympics.

When we were fifteen minutes from the time we wanted to serve the stew, Steuart lightly floured the calamari steak, and cooked it quickly in the pre-heated olive oil. (Burner on medium).

He peeled the shrimp and kept the shells. They are waiting in the lid for the pan he’s using to cook the calamari.

After the calamari cooked for a minute on each side, he removed it. Added the shrimp shells and 1/2 cup of water. This will make a flavorful broth so there is no need for a canned fish stock or clam juice. While this simmered, he chopped the calamari into cubes.

A quarter cup of white wine was brought to a boil with a clove of garlic and the mussels tossed in. These should cook just until they open. The ones that don’t should be discarded. The shrimp, fish are added to the vegetable stew, then the mussels and wine, and stock strained from the shrimp shells. Let the last minute additions warm up a minute while you chop some fresh parsley to put on top, and open the wine. We drank a 2007 Valpolicella made by Cantina del Castello. This is a medium bodied Italian wine from the Venetto region. Winter and tomatoes are to key to why a red will go well with this stew. But the delicate tastes of the different fish can be overwhelmed by a heavy red.