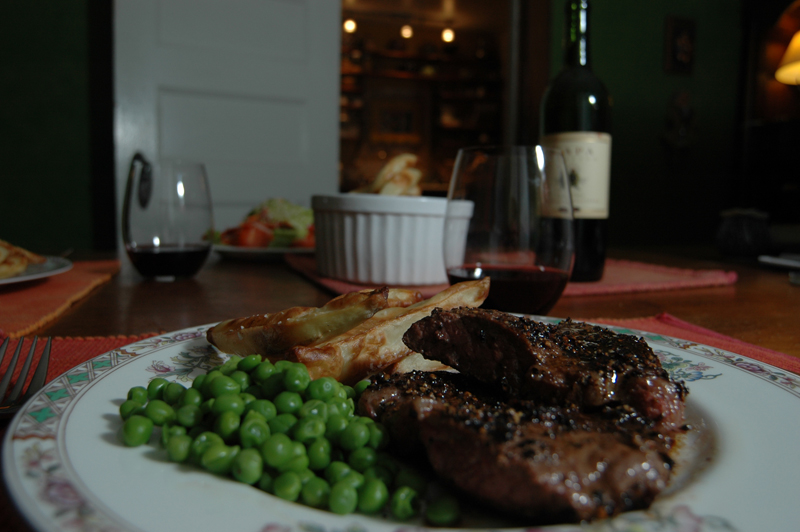 Opening night of the Winter Olympic Games 2010, and we’re dog sitting for friends with a taste for wine. And we open the 2005 Atrea Old Soul Red and it was pow of red fruit flavor. Zin-ish but not one dimensional, and it went well with the over-done chocolate pastry from the French bakery in Breckenridge, La Francaise. Atrea fruit juice and Versailles, the name of the pastry.

Use some discretion, said the dog’s owner, as he gave us the okay to open a bottle of wine. We usually drink French or old world wine, so we thought it would be fun to try to learn more about new world stuff. What we used as discretion was looking up every single wine we had in our hand until we found one that was under $20. I liked the stark, simple label.

I’ve read reviews of this wine that called it heavy in tannins. It was substantial but not overbearing. Fruit first. We had a second glass the next night, with a homemade pizza and it was almost better because the flush of fruit was not so bright.