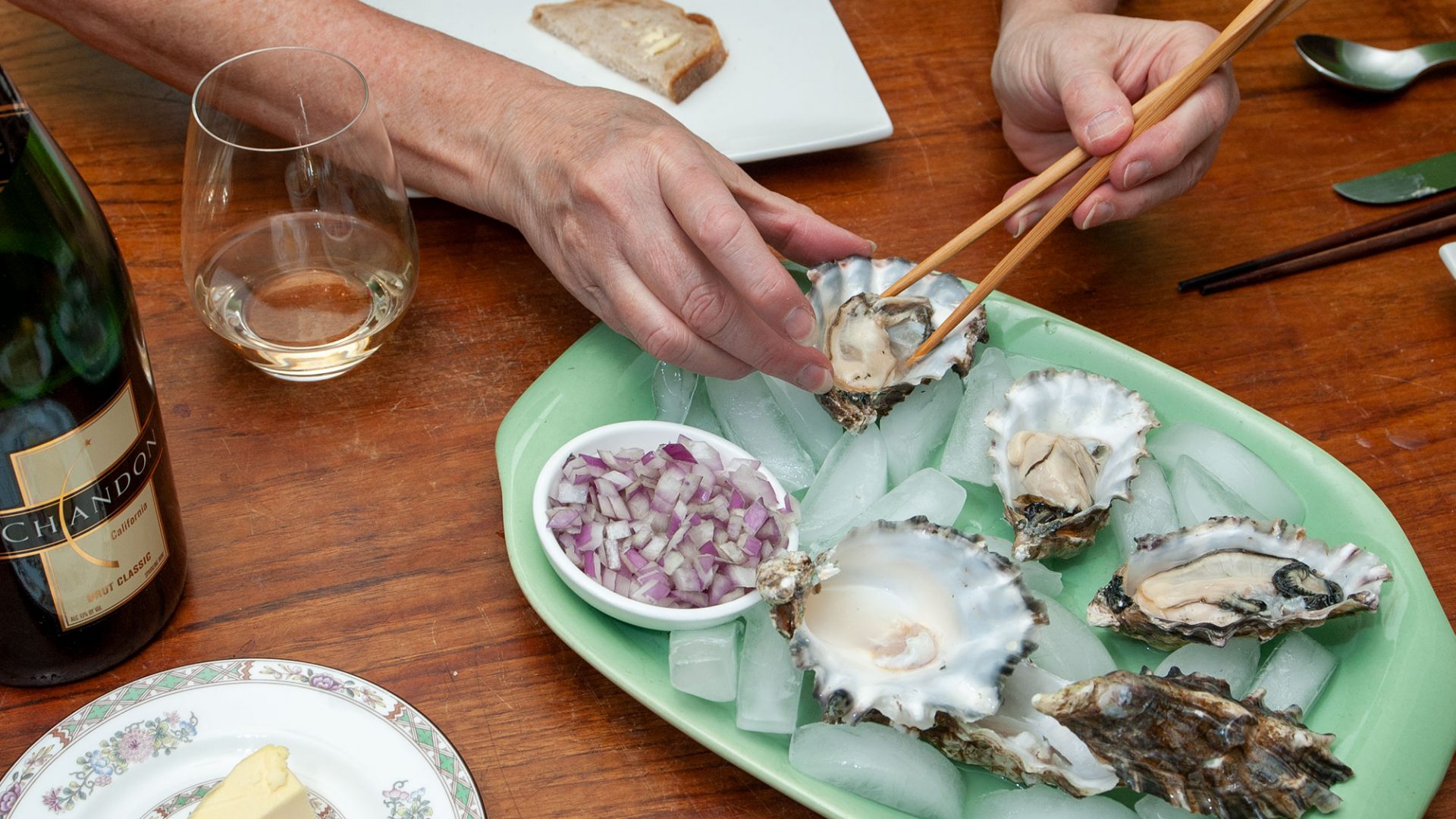 Menu for a simple Asian meal

The main course was an assortment of sashimi fish, which was to be preceded by miso soup and a half dozen oysters. The table was set for main course, so were eating the oysters with chopsticks. I was on the second oyster before I realized how much easier this was than dragging an oyster away from its shell with a tiny fork. I like to keep my condiment tastes separate from my main food thing, at least at first, so I took a pinch of onion, ate it, then pinched an oyster. The onion has a way of opening your smell organs, and then the salty meat of the oyster just tastes so much better. Bread with butter, keep the whole process down to earth, and can be held with the fingers. It was a weeknight, so we’re only going to drink one bottle of wine with the entire meal. I’ve always had a hard time finding something to drink with Japanese food, but I know I prefer a French-style bubbly wine with oysters, so we opened a Chandon California Brut Classic that was on sale around New Years for about $15 at Argonaut.

The champagne brought out the sweetness in the oysters, the heartiness of a miso noodle soup and the beetiness in the grated beets that garnished the sashimi plate. It was such a wonderful choice that I wondered if anyone else agreed with me, and I found this link at the Wine Spectator.

Here’s my recipe for Miso Noodle Soup, and if you’re a cook with nice knives who feels comfortable making sashimi, here’s what Steuart did to make the main course quite nice. Steuart cut sashimi-grade tuna and salmon in small pieces and fit each one on a cucumber slice. Then, he grated fresh beet and daikon radish and placed it on a center island of seaweed salad. A great soy sauce from Pacific Mercantile in downtown Denver lead the condiments that also included the stinging green stuff made from real powdered wasabi and a pile of pickled ginger we bought (already pink) at Whole Foods with the fish.

We picked up each little bit on it’s own, each of us making our own parade of tastes.