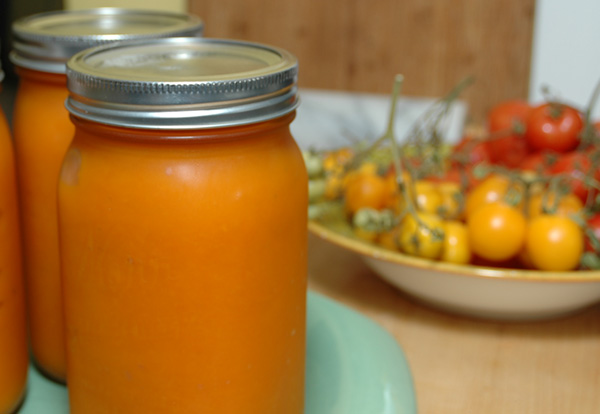 The Power of Making Do

Someone French once told me French cooking’s power comes from making the best of what you have. It’s the middle of November and I’ve already exceeded my credit card budget for the month, and so I’m going to put my cooking style up against the French. Spinach is still growing in the garden although there’s been snow and we hit it pretty hard before we suspected frost. The chard can give up a few small leaves to add to our salad, and there’s still parsley and the ever-vigorous sorrel. I found a radish in the flower pot where I made a late August stab at growing another crop. The carrots were dwarfed by everything else this summer, but now that the basil and beans are withered away, I can’t believe they’ve been ignored.

A little good white wine vinegar, a little Dijon mustard, and a flattened clove of garlic mixed, then joined by a good olive oil in my little cruet and we’ve got a free salad.

Oh, and we added a few of the tomatoes that have been ripening in the dark. We gathered them in October leaving the smaller ones still on their vines. The yellow ones were sweet Sungold’s and the others look like cherry tomatoes but were our tigerela variety. Sweet when they are this small.

We did add a piece of lasagna — last night’s dinner — to our lunch. The lasagna was made with dry noodles that have been decorating a glass container for a long time. They are more pleasurable to look at, for me, than to cook with, but Steuart has been inspired. Last night’s sauce was made completely from our ‘late-harvest’ tomatoes, fresh and dried herbs from the yard and the cheeses that are never missing from our frig — great Parmasean and inexpensive mozzarella.

Now, we’re trying to figure out what to do with this vivid canned pumpkin that we’ve just received from Steuart’s brother’s garden. Any ideas?