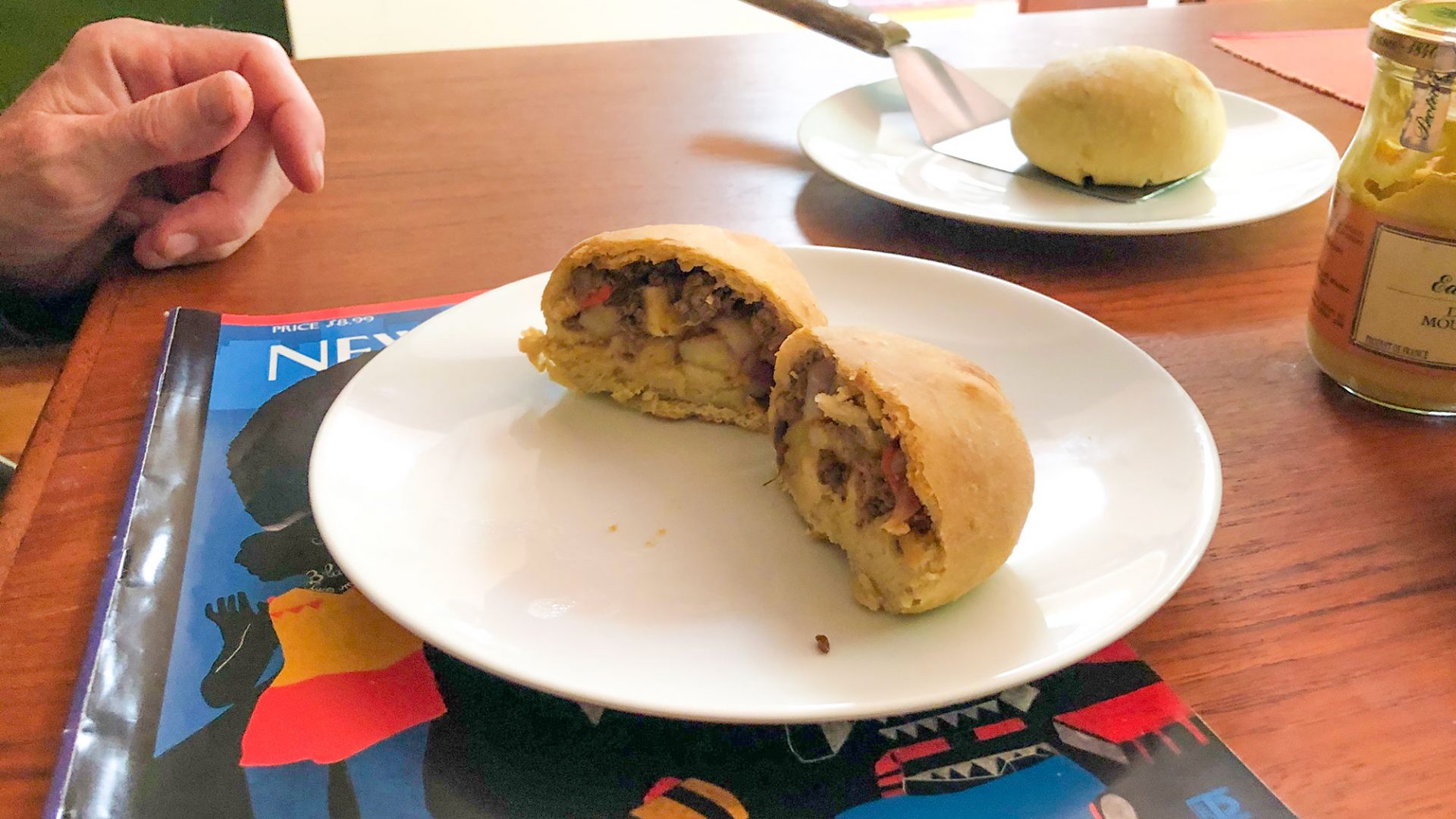 The Pork Steamed Buns turned out okay. The project convinced us that there was a place for steamed bread in our repertoire, but not exactly the way we made them two weeks ago. Steuart had left over dough in the freezer. Thawing that and making a new dough with less oil and less sugar we made some experiments.

The filling included ground meat, onions, cabbage and spices. We hoped more vegetables in the mix would make the texture less dense when eaten.  The wrapper was rolled out thin and we made various shapes. Variables in addition to shape were the two types of dough, size and cooking method.

Because we weren’t sure that the steamed idea was a good one, we baked some of the buns, as well as steaming some. The buns pictured above were baked. The wrapper was very thin, and a nice crispness. These would not have been right if they’d been steamed. The thin wrapper below did split and leaked slightly and was slightly more like a spring roll than the expected steamed bun. Most of this was caused by rolling too thin. The steam bun did tast great and the surface is soft and moist. Smaller buns rolled out less thinly would have produced a more wonderful bun.

Two buns each one made with one of the two different doughs came out of the oven – baked for the same time – and had interestingly different looks. The one intended for steaming on the left was less brown.

How to make a better bun

To the filling, we added some cooked potatoes. Not sure it was an improvement. Thicker wrapper for steaming, smaller shapes for both.