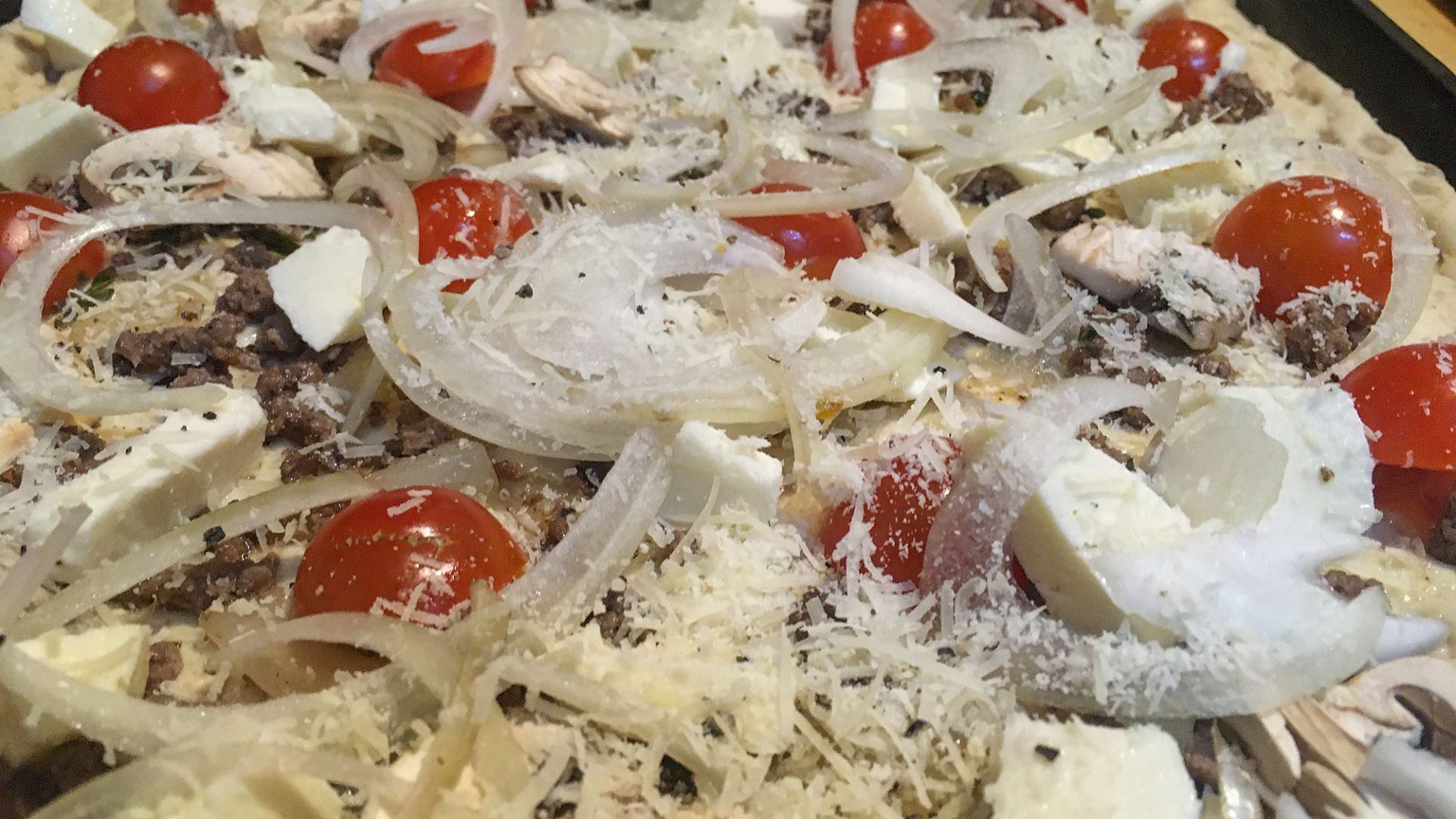 My favorite restaurant in Omaha for pizza is LaCasa – a family business more than 65 years old.  They make a hamburger pizza that I order every time I visit, but order nowhere else. Their ground beef is spicy, not lumpy and just enough umami to balance the tart fruitiness of their light tomato sauce and the right weigh for the thin, crisp crust. It’s old school Italian – established in 1953.

Today’s crust is full of farro (ancient wheat) berries, cooked before adding them to the dough. As usual, the dough rose to double over several hours. The pizza crust was rolled thin, and placed on the parchment lined baking sheet. This dough was given 30 minutes to rise in the oven (no heat, but no drafts) covered with a damp tea towel. A pan of boiling water was added to the oven.

For the hamburger: 4 oz of meat store-ground from Marczyks. Brown the beef, then drain the fat (or tip the pan and spoon out any fat and save for another use). Add cumin, fresh thyme, salt and pepper, a few minced onion and garlic. Cover with a lid and simmer until the oven has come to temperature. Set oven to 420°F. Assemble the pizza. The dough had risen around the wheat berries creating little divets for flavor to gather. The crust was oiled, mushrooms, thinly sliced onions and 1/2 cherry tomatoes, cooked hamburger and 4 oz. of fresh (Marczyk’s) mozzarella were arranged on top, then covered with finely grated Parmesan and coarsely ground pepper.

The pizza was baked for 26 minutes – to crisp this wet crust – which is 5 to 10 minutes longer than usual.  The tomatoes were nicely browned, the crust crisp, the taste delicious.  A red meritage from South Africa accompanied.