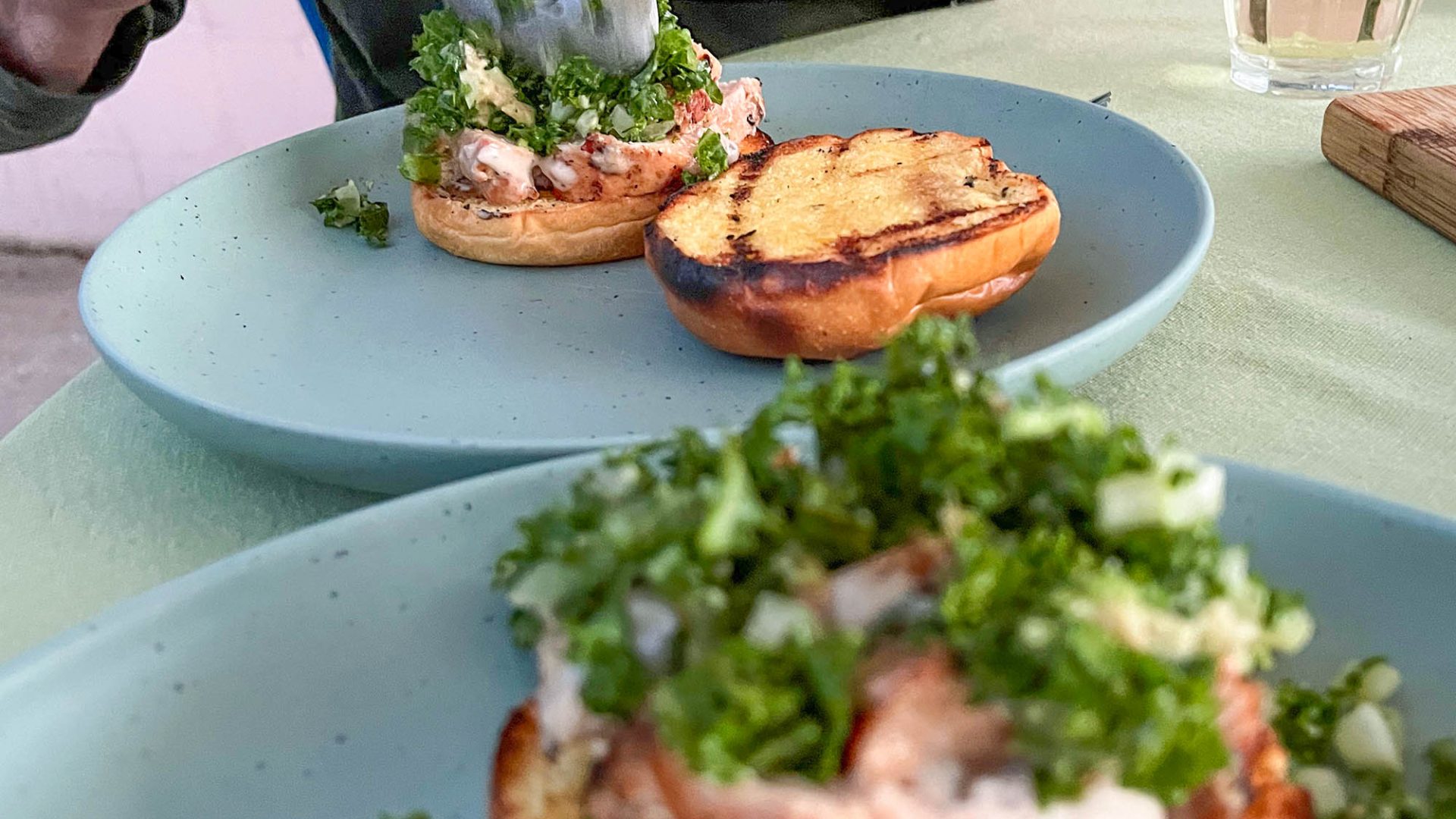 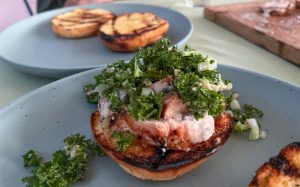 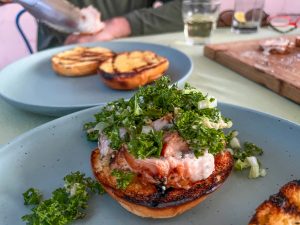 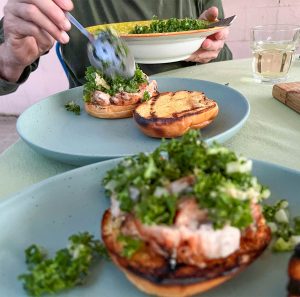 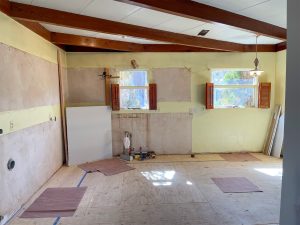 Hot from the barbecue, a chicken sandwich on BBQ-toasted brioche bun topped with a kale slaw. After grilling the chicken was sliced and tossed in a mix of Trader Joe’s garlic aioli and leftover Alfredo sauce.

How to make this? If you’re like us in June & July of 2022 we have no kitchen. We pretend we barbecue all the time – day and night – because it’s hot. But it’s not too hot in Santa Fe, not too hot in the kitchen to cook because there is no stove, no frig, no sink in what will some day be the kitchen.

We had heard that there are some great jars of stuff – like Alfredo Sauce – at Trader Joe’s. We usually make that kind of thing and rarely have bought of jar of anything but salsa. During this time of no kitchen we tried to embrace the idea of the ready-made food. TJ’s Alfredo is gloppy and not great. We did not photograph the previous day’s meal with this sauce. We had a little left over in the jar and mixed it with Trader Joe’s Garlic Aioli, which we’d tasted and used and was good in small quantities. As tablespoon or two of each was used, and we added the hot red chili sauce from a small plastic container left over from taco lunch from a food truck. This is so hot, I know no one who can use the whole little bin.

Brioche buns, already mixed, kneaded, risen and baked, from Whole Foods were toasted directly on the hot grates of the barbecue while the chicken strips were lightly mixed in the mixed-up sauce.

Kale was washed, stripped from their hard center stems and cut with scissors with shallots, green onions and a few already sliced radishes. This cutting was important so that the slaw would fall apart with each bite and not pull out of the sandwich like the too-tough leaf of lettuce we have all pulled out, prematurely, from a hamburger.

The slaw was not chilled – no room in the dorm-sized frig – so it was no shock to the warm meat and bun. Serve with a nice Muscadet.